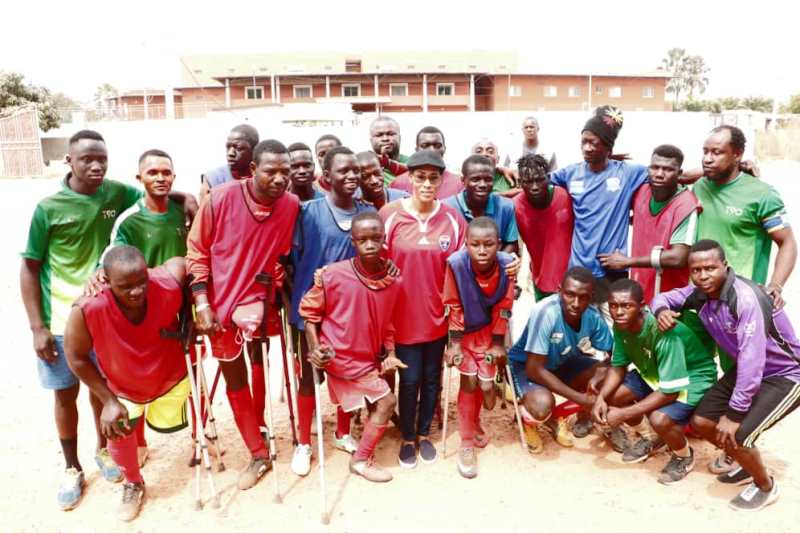 Her Excellency Fatoumatta Bah-Barrow made a surprise-visit to The Gambia Amputee Football Team today, during their weekly training session at a field situated behind Palma Rima Hotel.

They played a game against another Special Needs team which was described as entertaining and inspiring.

The First Lady was both surprised and impressed with the performance shown by the challenged players that resulted in a 3-2 victory in favour of the physically-challenged team. Having watched the game to the end, she donated two sets of football jerseys and a cash amount.

In her interaction with players, she encouraged them to work hard so that they can represent The Gambia at international tournaments one day.

Madam Bah-Barrow also called on all Gambians to support the teams, and urged parents to allow their physically- challenged kids who show passion for sport to explore their talents.

The Team Manager and Captain respectively expressed appreciation to the First Lady, showing delight at her gesture in joining them to show her support. They highlighted their challenges, which include mobility and an appropriate pitch to further enhance their engagement in sports. 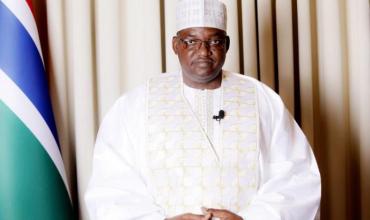 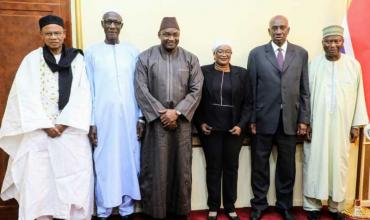 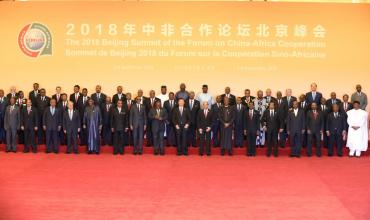 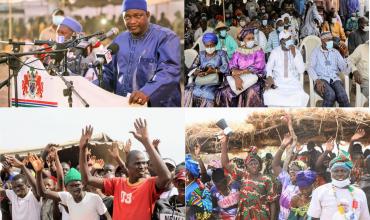 President Barrow said he has fulfilled a campaign promise to work on the Basse-Wuli bridge, road 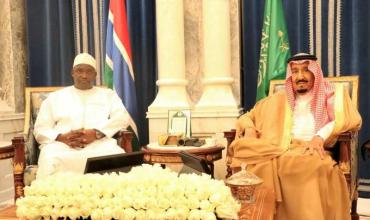 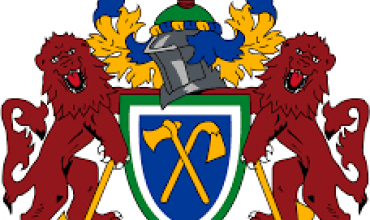