President Adama Barrow has urged the Gambia Football Federation (GTF) to find out what factors are preventing better performance from Gambian football, especially when compared to neighbouring countries in the sub-region.

GFF PresidentLamin Kaba Bajo explained that his committee had made progress stabilising the federation since 2014. He said that despite the support from the International Football Federation (FIFA) the Gambia Football Federation still needed government support to meet its administrative costs. Mr. Bajo spoke of ongoing decentralisation efforts through the setting up of regional offices. He told the President that lack of extra stadia was hindering the foundation from hosting friendly matches, noting that existing ones were community owned mini stadia.

Mr Bajo further explained how GFF was working in strategic partnership with local authorities in the different regions of the country to develop football in The Gambia. He said there were various sustainability strategies, including some income generating activities.

In a broader discussion on national development, President Barrow extolled the virtues of democracy. He said that countries that had developed were those that respect democracy. “I will not comprise the principle of democracy,” he said, adding: “The beginning is always difficult but there is goodwill, and that can get us far.” He called on Gambians to capitalize on the goodwill, build self-confidence and promote unity to achieve the desired goal.
President Barrow stressed that every Gambian must feel the change. He emphasized that with determination, success was achievable. He cited how countries that had undergone serious national crises like Rwanda and Liberia had transformed. He concluded that his government was committed to the growth and development of The Gambia, and that all sectors were inextricably linked, including sports development.
Mr. Bajo assured the President that the Gambia Football Federation would work hard to qualify The Gambia National Football team for the upcoming Africa Cup of Nations. The team, the Scorpions, is currently playing in friendly games against Ghana and Benin this week. 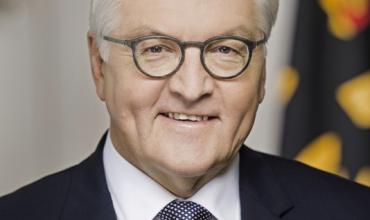 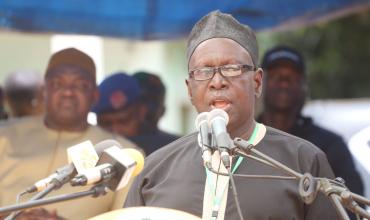