Gambian President Adama Barrow has praised the regional economic body, the Economic Community of West African States (ECOWAS) for its continued success. Giving the vote of thanks on behalf of his colleagues at the conclusion of this weekend’s 51st Summit of ECOWAS Heads of State and Government in Monrovia, Liberia, President Barrow said ECOWAS owed its success to its dedication and professionalism.

President Barrow attributed the success of this summit to ECOWAS’ Council of Ministers and the planning that went into the technical meetings held from the 1st to 3rd June in preparations for the summit.

Gambian Foreign Affairs Minister Ousainou Darboe and Trade Minister Isatou Touray and their Permanent Secretaries participated in the preparatory meetings. The Gambian President expressed his appreciation for ECOWAS’ support to The Gambia. He said it was vital for the stabilisation of the country and was helping to ensure that his government undertook the necessary security and other reforms for sustainable development and good governance.

Outgoing ECOWAS Chairperson and Liberian President Ellen Johnson Sirleaf spoke of the various developments achieved during her tenure, as well as the challenges faced. She said the sub-regional organisation remained determined to restructure its institutions, reduce costs and improve services. President Johnson Sirleaf noted that the priority for ECOWAS was the promotion of unity and solidarity, peace, security and integration.

Nigerian President Muhamadu Buhari was commended for the significant support his country had provided for the organisation, while other members were urged to contribute their quota to meet their obligations.

The Liberian President called on members to educate border security officers on the rights of people moving across borders in order to strengthen regional ties. She also encouraged the integration of young people in agriculture and industrial development, as she said this would reduce unemployment in the region.

President Sirleaf gave special recognition to and welcomed President Adama Barrow to the ECOWAS family. She said she was elated that under her leadership, the sub-regional body supported by the African Union, European Union and the United Nations, has been able to work hard to end the impasse in The Gambia. She added that ECOWAS would continue to support the new administration. Madam Sirleaf concluded by symbolically handing over the mantle of leadership to the incoming ECOWAS Chairperson President Faure Gnassingbe of Togo. Israeli Prime Minister Benjamin Netanyahu was a special guest of honour at the summit. He shared his country’s plan to expand cooperation with Africa. He told the West Africa leaders that Israel celebrated diversity and planned to work with ECOWAS to expand trade, agriculture and other industries in West Africa.

ECOWAS is gaining momentum in its leadership to take decisive action on sub-regional issues. Statements from the African Union, European Union and the United Nations Office For West Africa and the Sahel (UNOWAS) all referenced the strong leadership that ECOWAS had developed in the region. Recently, the organisation has received requests for membership and association from several countries, including Morroco, Tunisia and Mauritania. Israel has requested observer status.
The leaders discussed governance, institutional and administrative reports presented by ECOWAS Commission President Marcel De Souza and his team.

French Investors Explore the Potential to Invest in the Gambia 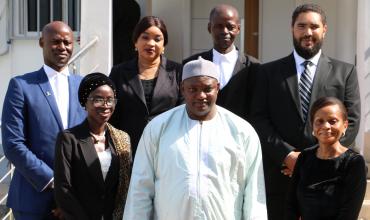 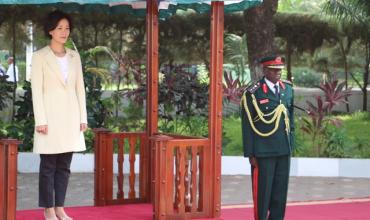 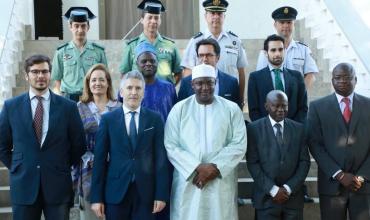