His Excellency, President Adama Barrow asserted that they fought for change of government to promote democracy, fair play and to establish a transparent and accountable system in the Civil Service. Hemade this remarks at a meeting with members of the Public Service Commission (PSC) at his Fajaraoffice.

President Barrowexpressed his disappointment about the low salary scale in the public sector as in comparison to the private sector. He added that despite inheriting a difficult situation, his government’s priority is to stabilize the system and cutting costs. The President said it was discovered that while the former government was borrowing from the private banks to pay salaries, a lot of money went to into private pockets and not government. President Barrow commented that the involvement of the PSC will ensure that there is an independent Civil Service and concluded that “without the technocrats the politicians will not succeed.”

Mr. Bright said their visit was to brief the President about the Commission’ activities and to congratulate him on his victory, as well as wishedthe President best of luck in his tenure in office. The PSC chairman said they discussed issues of appointments, promotions, training and disciplinary measures in the Civil Service.

The Permanent Secretary,Personnel Management Office (PMO), Mr. Pateh Jah, said the development agenda of the new government includes institutional reforms. He said to conduct the reforms they need to embark on a nationwide staff audit exercise to inform the process on the way forward with the reforms.

Mr. Jah shared that the staff audit exercisehas been done, and they are now analyzing the findings to allow the relevant authorities execute the necessary actions. He added that with regards to the preliminary findings, some of the issues are ghost workers whose salaries are still floating.

According to Mr. Jah, the system requires to be strengthened. He notedthat the general observations indicatethat some staffdo not have the requisite resources to do the job and to respond to the call to improve service delivery.

The Permanent Secretary concluded that:“You cannot deliver when you don’t have people who have the necessary skills and expertise to do the job. These are part of the challenges that they would be able to uncover during the exercises”.

It is expected that the meeting will enhance coordination of activities of the Public Service Commission in executing its mandate. 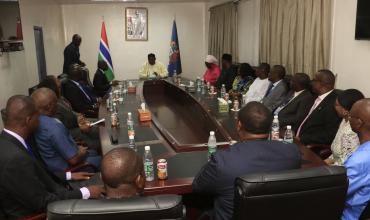 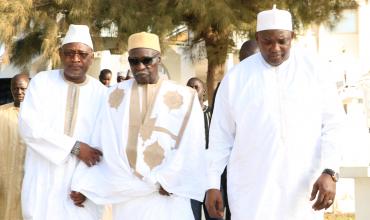 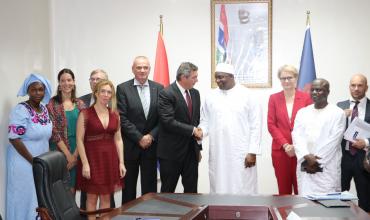